djism.com : midi masher software for controllerist-midi-augmentation-goodness...
"All Your Midi Controllers Are Belong To Us"
DJs For Climate Action

One of our planet’s most pressing issues calls for people in every field to play their part. The social influence and presence of a DJ make them an important figure in spreading awareness and encouraging response to Climate Change.

We talk to Sammy Bananas, the founding member of DJs for Climate Action to find out more about the group’s purpose. We discuss how you can join the coalition alongside other members such as A-Trak and RJD2, and what songs he’d have in his Climate Change mixtape. Read the interview below. 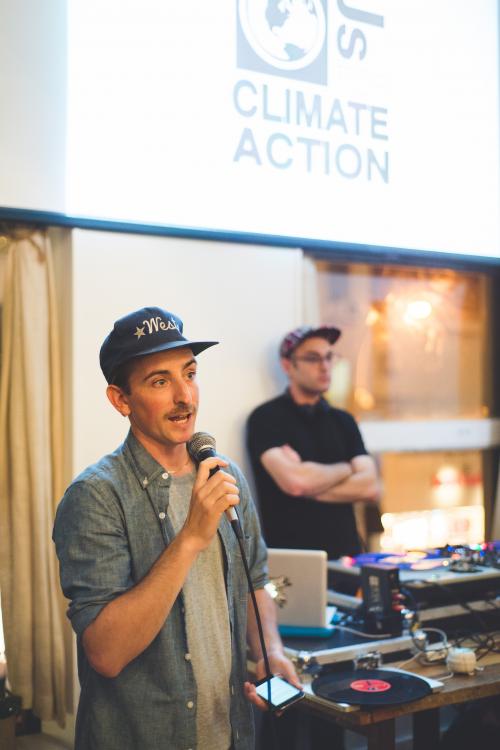 For those of us who may not be familiar with what "DJs for Climate Action" is, can you tell us about what you are trying to achieve?

We're working to use the power of music to amplify our community’s role in protecting the planet’s future.  This includes using the cultural visibility of DJs, and the unique way music can bind and motivate people, to promote awareness and provoke response to the Climate Crisis.  We’re encouraging DJ colleagues and fans alike to join the Climate Movement to help shift our world back to a sustainable path.

How did you come to be a part of this project, and what was your inspiration?

I originally started it in '08 after my touring schedule picked up and I was flying all over the place.  At the time I was thinking a lot about the environmental impact of that lifestyle and it forced me to learn more about the Climate issue.  Ultimately, we’re not asking people to stop flying, but figure out what we can collectively do to move the needle in the right direction.  That might be things like fundraising for established advocacy groups like NRDC, or organizing DJs to participate in the upcoming People’s Climate March on April 29th.

What other dj's are involved that are as passionate about helping slow climate change?

You can find some of the most well-known members of the group featured in the new minute-long clip we launched last week!  DJs like A-Trak, Soul Clap, Louisahhh!!!, RJD2.  Right now this Pledge for Action campaign is really about getting our message out there and welcoming other people to join.  You don’t have to be a big name to take part, you just have to care about the issue and what you can do.  As we grow the coalition we’ll be able to put on more events and do bigger projects to increase our impact.  You can take part at djs4ca.com/pledge !

Traveling is a big part of a successful DJ's life, do you think this sometimes gives you a different perspective on issues such as Climate Change?

Well first off, I now know there are lots of successful and talented DJs who never travel. BUT it is true that the biggest names are constantly on the road.  For me, playing all over the world gave me the perspective that it’s actually a smaller place than you think.  It breaks down the differences between people, shows how interconnected we all are and cements that we have to work together to solve the issues of the planet.

If you had to make a Climate Action themed mix, what would be your top 5 song choices?

Where can people learn more about how to help prevent Climate Change?

Here are some great resources: