djism.com : midi masher software for controllerist-midi-augmentation-goodness...
"All Your Midi Controllers Are Belong To Us"
touchAble 3.1: New Features + Lower Prices

The team behind†touchAble, the iOS controller for Ableton, is celebrating the app turning five years old and amidst the celebrations the team is offering an updated version of the app. TouchAble 3.1 improves upon the foundation of earlier versions with new features that were primarily requested by the user community which includes modulation wheels, variable font size, and more performance enhancement additions. iOS DJs and producers may find that touchAble is the most optimal and affordable way to control Ableton Live. 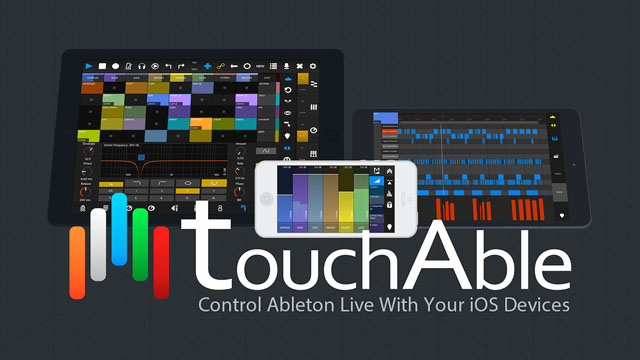 Ableton can be controlled in a multitude of ways with a variety of controllers that range from a little less than $100 to well over $1000. TouchAble allows Ableton users with iOS devices to use the hardware they already have to control their DAW. This latest update was created by and for the users of previous versions and is tailored to offer optimized, multi-touch support for Ableton. The highlighted new features include a modulation wheel for external keyboards, new follow modes for clip launching, and control over the font size displayed on the app giving users the ability to maximize screen real estate.

Additionally, users can purchase the†Live Device Template Pack†(available as an in-app purchase) which adds specialized templates for most Live Devices with an additional 13 templates for Max for Live devices. This means that devices such as Operator or an EQ can be managed on the app with multi-touch support. TouchAble 3.1 will also play nice with other Ableton controllers thanks to support from Isotonik‚Äôs†LaunchSync which syncs touchAble with grid-based controllers such as the Ableton Push and the Novation Launchpad.

‚ÄúReleased in 2010†[..]†marking the 5th anniversary of an app positioned as a serious alternative to hardware controllers.‚ÄĚ ‚Äď touchAble

The team behind touchAble thought it would also be a swell idea to offer special deals as part of the festivities of touchAble‚Äôs 5th anniversary. †The special includes the numerous sale prices noted below: